More
HomeEducation NewsOver 2,000 KCSE 2019 Students Who Scored C+ and Above Placed to... 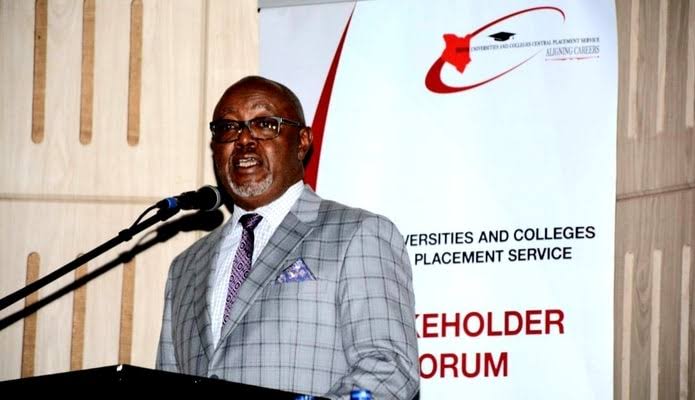 The Kenya Universities and Colleges Central Placement Service (KUCCPS) has announced that placement exercise for 2019 KCSE candidates has been completed.

In a media statement to press, the Education Cabinet Secretary Professor Magoha said the placement to universities targeted kCSE 2019 candidates, while the placement to TVET institutions targeted the 2019 group and youth from previous examination years dating back to 1994.

Following the successful completion of placement process, 122,831 candidates have secured placement to degree courses in various universities, while 88,724 got placed in TVET institutions.

The Ministry also noted that 2,632 students who scored C+ (plus) above in KCSE 2019 examination and qualified for degree programmes opted for diploma courses in TVET institutions and were placed appropriately.

Pursuant to the University act, 2012 and the placement policy, the placement service applied affirmative action criteria for applicants living with disabilities, those from marginalized area and gender.

Three hundred and thirty one (331) applicants with disabilities were given their top priority courses in which they met minimum admission requirements.

In addition specific programmes cut off points were lowered by two(2) for applicants from marginalized regions and 1,638 benefitted.

The CS Magoha also noted that programmes in some universities did not attract applicants. He directed universities offering those courses to establish why they are not attractive and implement corrective measures.

Finally, the CS gave a leeway for universities to fast-tract the admission process of students in a bid to enable them to start their academic journey.

“Universities and Colleges have been asked to contact their respective students and give them joining instructions and fast-tract the start of their academic journey given that most universities have continued with online learning during this Covid-19 era,” stated CS Magoha.