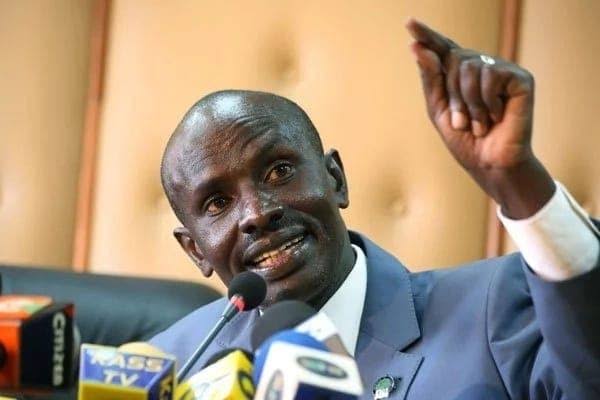 KNUT through a joint statement together with Universities Academic Staff Union(UASU) and Kenya  Human Rights Commission (KHRC) has noted that a proposal to reopen schools amid surging cases of Covid-19  in the country is ill-advised.

“Logically and Scientifically speaking only doctors and health experts should advice when schools should reopen and how the process of resuming teaching and learning should be resumed,” read the joint statement.

The statement signed by Wilson Sossion (KNUT), Constatine Wesonga (UASU) and George Kegoro (KHRC) further cites low testing capacity in the country against the population of learners which is currently at 15 million.

“Our team of medical experts indicated that with low testing capacity in the country against a population of 15 million learners, the likelihood of having surge in infections and faster spread of the virus will occur,” further reads the statement.

The three bodies have also warned that countries that rushed to reopen schools experienced a second wave of infections affecting teachers and learners.

“It is worth noting that countries like France, which have attempted to reopen schools witnessed resurgence of the virus, further affecting more teachers and  learners,” reads the statement.

Meanwhile, Kenyans have until five o’clock today, to submit their views to Dr. Sarah Ruto led Covid-19 Education Response Committee that was tasked to advise education CS whether schools should reopen on June 4 or the date be put off.

In Tanzanian President John Pombe Magufuli has announced that all universities in the country will re-open from June 1, 2020.

He also added that sixth-grade students in the country who are set to sit for their the final exams will also resume school on June 1.

President Magufuli noted that the decision has been informed by the rapidly decreasing cases of the coronavirus in the country.

“Coronavirus disease has reduced in the country, so we as a government, have decided to open all the colleges on June 1, 2020, so the relevant ministries should be prepared so that when the colleges are opened there will be no further hiccups,” Magufuli explained.

The Teachers Service Commission, TSC, has planned the training of teachers in Competency Based Curriculum during the month of May from 25th May to...
Read more
General

In addition to the requirements for appointment in the Policy, administrators in Primary institutions will be appointed based on the criteria outlined in the...
Read more
General

Hollywoodbets is an exciting new player in the bookmaker industry. It has been gaining traction around the world. A significant part of the popularity...
Read more
General