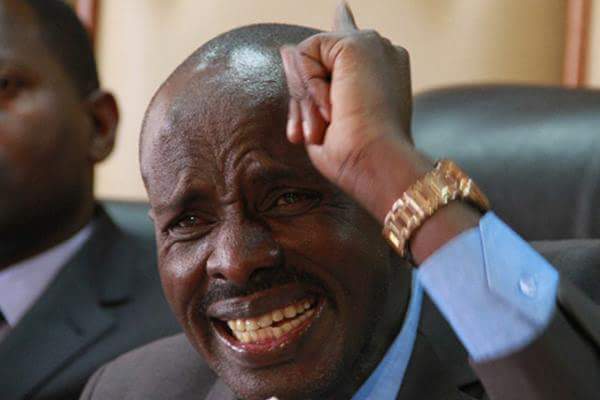 Saturday morning was not business as usual at KNUT headquarters when a section of union members stormed in demanding removal of secretary general Wilson Sossion.

Members of the union led by assistant secretary general Hesbon Otieno wanted Sossion to leave office, insisting that they are ready to swear in Hesbon Otieno as new secretary general for the teachers union. Wilson Sossion Sossion has been accused of not representing teachers adequately because he is also serving as a nominated member of parliament.

It took the intervention of police officer to control the situation that was almost getting out of hands. This is happening after a High Court on Thursday temporarily stopped the replacement of Sossion soon after he was suspended.

Judge Maureen Onyango of the High court further directed the registrar of trade unions, TSC and Knut deputy SG Hesbon Otieno to file their responses before May 9 and appear for hearing on May 10.

A section of the national executive council of KNUT on April 30, had suspended Sossion during a meeting at the Kenya institute of curriculum development. However, Sossion has insisted that he is dully elected by teachers. Speaking during labour day on 1st may, he said nobody can replace him until his term comes to an end.

“I am the national secretary general of the Kenya national union of teachers, duly elected by the teachers of Kenya,” said Sossion.

Last month the ministry of education announced plans to roll out upgrade Diploma program that targets trained teachers who are not in service and...
Read more
Education News

It is good news to all prospective trainees still wishing to undertake the Diploma in Education Leadership and Management Course (Phase 9). This is after the...
Read more
Education News

Students who wish to transfer from one school to another are required to complete a transfer form for their requests to be considered. No school...
Read more
Education News

The Ministry of education is in the process of advertising the upgrading Diploma program for year 2021. The upgrade Diploma program that is yet to...
Read more
Education News

List of Schools Identified For Implementation of Indigenous Languages

The ministry of education has released list of schools that have been identified for the implementation of indigenous languages and foreign languages. The government is...
Read more
Education News