More
HomeGeneralKisumu street bash to be opened by Raila Odinga

Kisumu street bash to be opened by Raila Odinga 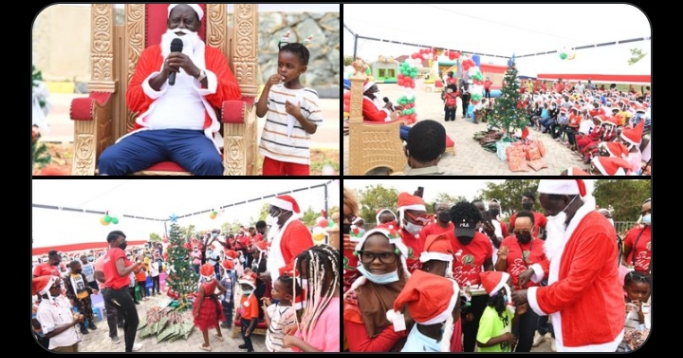 The event was being organized by Kisumu County Government to mark the Christmas Holiday celebrations.

During the event, the former prime minister is expected to light the Christmas tree, alongside Governor Anyang’ Nyong’o.

Fireworks will then be lighted at the event. The devolved units will then share food to the needy.

This takes place after Raila Odinga hosted an event at his Riat Hill, Kisumu home. He was dressed in the mythical Santa Claus outfit talking to children.

Other residents will however be expected to buy themselves food from the restaurants that have been contracted.

In addition, residents will also have to pay Ksh 200, to access the live band performance venue.

Yesterday however, there was a population that were against the party in the city. A couple of motorists claimed that closing roads for the party is not a good decision, as it will worsen the traffic in the city as people travel home for Christmas.

Former Market Milimani MCA Eddy Anayo is among those who are against this idea.

“We love to party, however, closing the only two streets we have is not anything we are taking kindly,” he said.

The City Manager, Abala Wanga confirmed they are in the final stages of planning for the much anticipated street bash.

“We will close Oginga Odinga street and Jommo Kenyatta avenue to allow for the street bash,” said Wanga.

Other residents however, are happy about the efforts made by the county government to organize the street bash and are excited and looking forward to it.