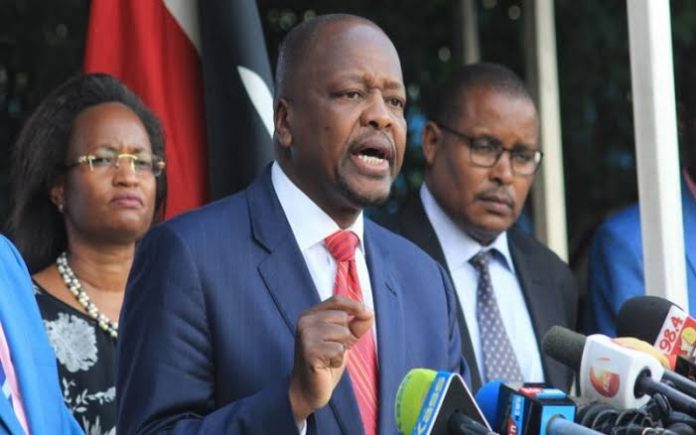 On Friday, May 22, Kenya’s confirmed Covid-19 case shot to 1,161 after 52 more people tested positive for the virus in the preceding 24 hours says CS Kagwe.

Speaking during the daily Covid-19 briefing from Machakos, the CS stated that 2567 samples had been tested during the period bringing the total samples tested in the country to 55,074.

Nairobi recorded 23 new cases, Mombasa and Busia had seven each.

CS Kagwe also announced that five people have been discharged, raising the number to 380 recoveries.