KCSE 2020 Results To Be Released Today 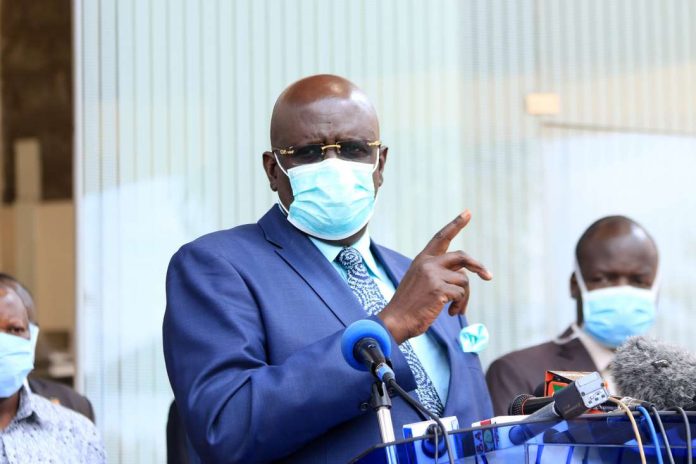 Kenya Certificate of Secondary Education (KCSE) 2020 candidates who sat for their exams in March and April this year are expected to know their results today. This is nearly months later than usual announcement date of late December.

The whole exercise of undertaking and marking this exam was conducted under strict guidelines from ministry of health. KCSE 2020 exams will go down the history as the first final Secondary exam to be conducted under Covid-19 pandemic.

The KCSE exams were administered from March 26, 2021 to April 21 2021, with the marking starting immediately.

Marking exercise was coupled with challenges after teachers who were marking the examinations at two centres staged a go-slow in the latter stages demanding an increase of their allowances. They later resumed marking after some of their demands were met by Knec.

Overall, 752,891 candidates registered for the KCSE exam, but thousands of them missed the tests.

Last Month, the ministry of education revealed that 12,424 candidates for the Kenya Certificate of Primary Education missed their test. This was more than double the 2019 figure of 5,530.

It was reported that thousands of girls were reported to have gotten pregnant, gave birth while others were married, cutting short their academic journeys.

Boys who dropped out were mostly said to have fallen into drug and substance abuse while others opted to engage in informal businesses like operating bodabodas.

The release of KCSE 2020 coincides with the reopening of all primary and secondary schools. Term three is expected to commence on Monday, May 10th, 2021 for and  will run to July 16th, 2021.

Students in universities and other tertiary institutions of learning will be reopening on 11th May marking an end to a two-month holiday since they were closed in March following a surge in Covid-19 infections.