How to withdraw membership from Kenya National Union of Teachers-KNUT 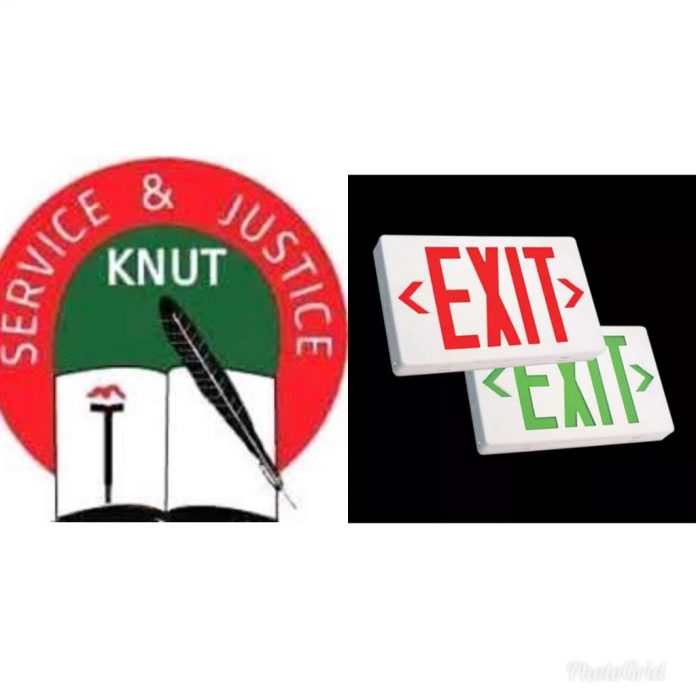 Kenya national union of teachers is one of the giant body that comprise of members drawn from both primary and secondary schools.

The union comprise of 8 leaders who see to it that teachers’ welfare and grievances are taken well care of. To get detailed information about KNUT click here

Teachers who are members of KNUT are deducted monthly fee depending on the job group. A senior master III who job group M is deducted ksh 1200 for KNUT membership.

The Union Subscription Fee is collected from every member of the union at the rate of two percent (2%) of the basic salary of every member per month.

The Subscription fee is usually collected through the Check-Off-System.

How to withdraw membership from KNUT

Teachers who feel that the union is not servicing them accordingly can follow the right procedure and withdraw their membership.

Any KNUT member is at liberty to withdraw his/her membership from the union by clearly stating his/her reasons for resignation to the NEC through the BEC in or to secretary TSC. The party withdrawing will cease to be entitled to enjoy any benefits of privilege from the union.

How to withdraw membership through TSC online T-Pay

Step One: Log In to The payslip portal using this link: payslip.tsc.go.ke/login.php

Step Two: Go to (Third Party Self Service Module) as shown below

On clicking on 3rd Party Self-Service Module, a window that shows information of running transaction details including Deduction Type, Amount, Balance, Ref Account and Status as shown below:

The process is complete.

NOTE: Once a teacher has quit online,ensure you send a hand written letter to TSC for filing. 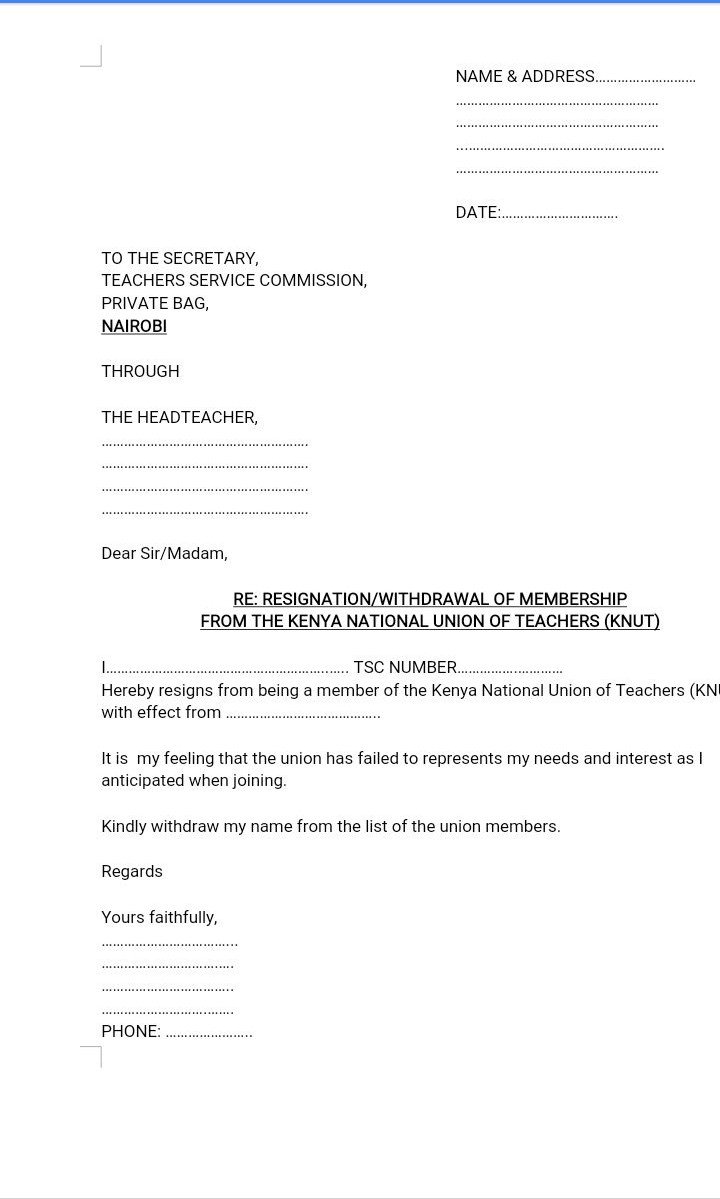 One also ceases to be a member of the union if he/she has been dismissed and his/her certificate, licence or authority to teach has been cancelled by the Teachers Service Commission except a member whose case is taken up as a trade dispute by the Kenya National Union of Teachers until the dispute is finalized and the solution is not in his/her favour.

Furthermore, one ceases to be a member if he/she retires or resigns from the teaching service except the full-time elected officers of the union including the Executive Officers (formerly teachers) whose compulsory retirement is as stated in their terms and conditions of service.