Jambo News
Home General Granit Xhaka and Xherdan Shaqiri have been banned for two matches over their "political"... 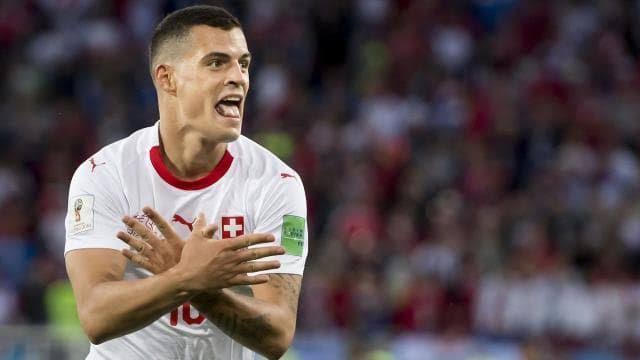 Granit Xhaka and Xherdan Shaqiri are likely to face punishment for their use of an Albanian nationalist symbol to celebrate their goals in Switzerland’s dramatic 2-1 World Cup win over Serbia on Friday.

The duo are ethnic Albanians from Kosovo, where a Serbian crackdown on the Albanian population only ended with Nato military intervention in 1999.

They made ‘double eagle’ gestures after scoring, symbolising the Albanian flag.

The celebrations run the risk of raising tensions between ethnic Albanians and nationalist Serbs in Kosovo and beyond. Kosovo’s Albanian-majority political institutions declared independence from Serbia in 2008. A decade on, Serbia still does not recognise Kosovo’s independence.

In addition, a preliminary investigation has been established against the coach of the Serbian national team, Mladen Krstajic, for alleged statements made in the aftermath of the said match.

Over 110,000 secondary school teachers to be retrained so as enable them meet the demands of Competency-Based Curriculum. Teachers Service Commission (TSC) notes that news...
Read more
General

Form one 2021 students who were selected to join various secondary schools are expected to report from 2nd to 7th August 2021. This class will...
Read more
General

Recently Teachers Service Commission, TSC, has dealt a blow to several teachers who had to be disqualified from the recruitment exercise. In this write up,...
Read more
General

Teachers Service Commission (TSC) recruitment is one of the most transparent process as far as government employment is concerned. The whole process starts with the...
Read more
General

TSC To Commence Mass Transfers Of Families Separated By Delocalization

Teachers whose families were separated following mass transfers that were executed by the commission have something to smile about in the new 2021-2025 collective...
Read more
General