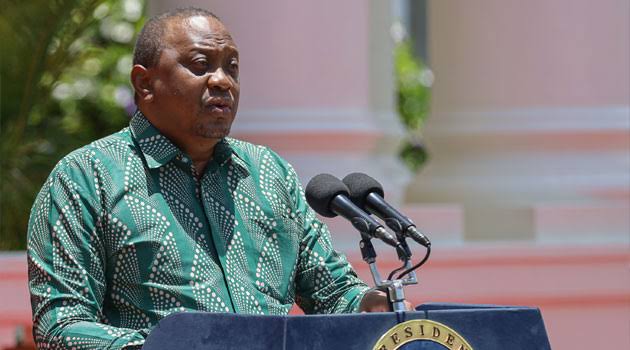 President Uhuru Kenyatta has today announced that the government will hire 10,000 teachers and 1,000 ICT interns to support digital learning in the wake of Covid-19 pandemic.

“In the near future we will come out with plans to ensure children can carry on with their education. We have allocated Ksh. 6.5 Billion to hire 10,000 teachers and 1000 ICT interns to support digital learning,” said president Uhuru.

The Head of State also addressed parents’ concerns about the future of their children’s education.

“We know that parents and children are concerned about what the future holds, we shall communicate in the very new future after extensive discussions that are ongoing with the relevant stakeholders,” he noted.

While issuing the 8-point economic stimulus programme amounting to 53.7 billion, the head of state said that 5 billion has been set aside for infrastructure and local labor will be engaged in this undertaking.

“My administration has rolled out an 8-point economic stimulus program amounting to some Ksh. 53.7 Billion. The first element will focus on infrastructure, a total of Ksh 5 Billion has been set aside to hire local labor to engage in this undertaking,” stated the head of state.

President Uhuru also noted that the government will continue with the weekly dispatching of Ksh. 259 million that is meant to cushion vulnerable families against the devastating effects of coronavirus.

“Every single week, my administration has been dispatching a total of Ksh. 259 Million to vulnerable families. Money in the hands of a family also restores dignity and not depend on lining up waiting for food relief,” noted the president.

CBC Upgrade Certificate To Be Used In TSC July 2022 Recruitment