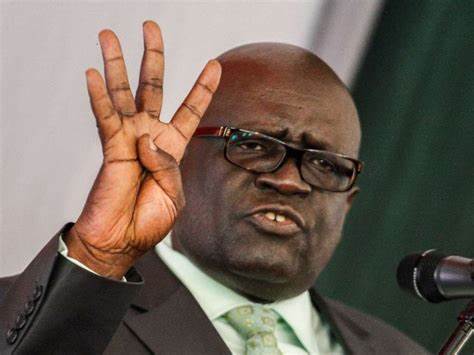 The Cabinet Secretary for Education Prof. George Magoha recently called for an increase in University fees from Ksh. 16,000 originally set years ago. He added that the amount has now lost value hence a need for an increase.

This happens just a few days after vice chancellors revived a petition to increase the tuition fees in public universities. On September 23rd, 2022, vice-chancellors held a meeting to find options that will ensure the financial sustainability of the Universities since some rely on short-term loans to manage their operations.

The Ministry of Education then released a memo that revealed the push by top university administrators to raise the fee in the next intake of first years. The officials had earlier proposed an increase of the tuition fees from the current Ksh.16,000 to Ksh. 48,000.

Tripling the fees aims to ease the cash flow challenges that have affected the Universities’ services. This will mark the first major change in University fees since the end of free education in the country in 1991, and the introduction of student loans (the Higher Education Loans Board (HELB)) in 1995.

Universities are currently pushing for the increase, especially at this time. This is a result of a sharp fall in the number of self-sponsored student enrolments in most universities. The decrease is due to the government’s decision to fully fund students who score the mandatory C+ grade in the KCSE examinations.

Since 1995, the total amount of Ksh.16,000 has remained unchanged in public universities. The additional costs that are paid in most institutions are usually to cater to other charges like amenities, registration, medical, and activity fees.

Kenyans have reacted to Prof Magoha’s statement, with most people disagreeing with this step, saying that most students cannot afford more university fees due to the current economy.

KMTC Outshines Most Universities In The Latest Ranking

How to download Kabarak University KUCCPS 2020/2021 Admission Letter via eserver.kabarak.ac.ke