Born Charles Akisha, known by the world as Dogo Charlie he is at the top of the list of Kenya’s Parody Kings. At only 23 years he has managed to show the world his creativity in making music parodies. Apart from music, he works as a Chief Chef and a supervisor at the Laserena Hotel in Kisii.

He recently had a chat with Denis Nyamwembe and below was the aftermath;

His Introduction to Music
Dogo Charlie recalls that his first love for music was when he was still young and in primary school where Dennis Nyamwembe was his Kiswahili teacher. In primary school, he had the rare chance of performing before the teachers who had come for teaching practise during thee farewell parties. By then, he only sang songs from other artists and he did it better than the artists themselves. He admitted that his reencounter with Dennis Nyamwembe gave him a lot of memories from back when they were both at Kapsongoi School, He recalls the day they both sang Diamond’s song together.

It was in 2012 that he did his Kenya Certificate of Primary Education (KCPE).
When he joined high school, his musical career was breaking borders as days went by. He was selected to be the entertainment prefect and always had the chance to perform in events that had been planned in the school.

It was after high school that they founded Wabishi Band, the crew later broke after they had released a song dubbed wawili wawili. Some members of the crew joined Universities and one is a radio presenter.

Layon Media Production
Situated in Kericho county in Litein Town, Layon Media Production is a music label. After writing the Baby Love cover song by Otile Brown featuring Vera Sidika that he overheard on Radio Maisha, the Layon’s Media studio number was given out during the broadcast and because Kericho was not too far from where he was, he decided to pay them a visit.

Since getting studio fee was hard, Dogo’s brother had given him some Ksh.2500 to start a business and since it was the same amount of money he needed to record the song, he derail the money and recorded his first ever song. It was at Lyon Media that Dogo Charlie was signed under before he decided to do his solo projects. To this far, Dogo is really thankful for what Layon did to him and his career at large.

How He met MCA Tricky

MCA Tricky comes is top Kenyan Comedian who rose so fast after appearing on Churchill Show. He is a radio presenter. MCA Tricky is the founder of Tricky Sana Entertainment where Dogo Charlie is currently under. While still at Layon Media, he used to get thumbs up comments from MCA Tricky after he had released the Twa Twa parody which Dogo addes that it was MCA Tricky’s favourite jam. 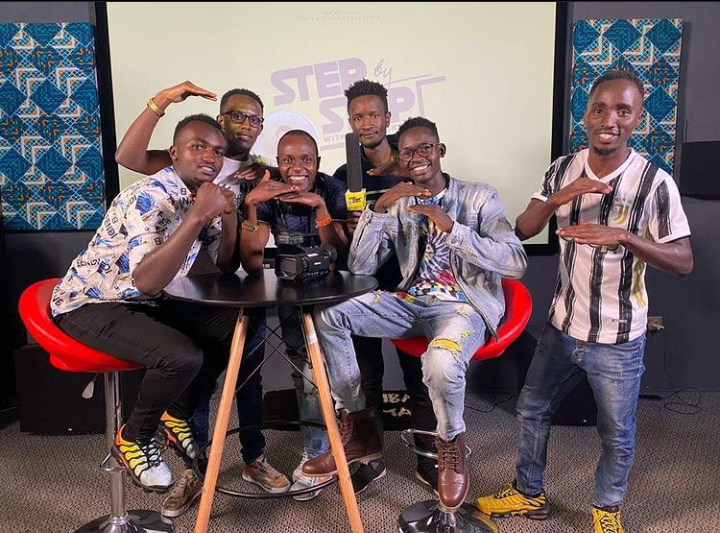 He reached out to MCA Tricky who offered to host him in his residence and paid for his accommodation. He added that the comedian is a very humbled individual. MCA Tricky also paid for Dogo’s audio and video productions.

Challenges He Has Faced
Unlike in other careers, rising in the music scene is not a walk in the park. This is however not a different story for Dogo Charlie. After recording his first ever song, situations forced Dogo to start the manicure and pedicure business. This was the least Dogo ever expected to do. He said he used to sell earrings and other ladies accessories in Kapsoit.
After leaving Layon Media, it was really hard for him.

Because he was only depending on YouTube for pay, starting and growing  his own Channel was hard. He recalled that while in Layon Media Production, his video could get over one hundred thousand views in a day but after establishing his own, getting  only one hundred views was not easy.

Because of consistency, perseverance and hard work, his hard work has paid off. As at now, Dogo has a video on YouTube that has garnered over four million views and his Channel has close to sixty thousand views.

Eric Omondi has been Dogo’s all time icon.