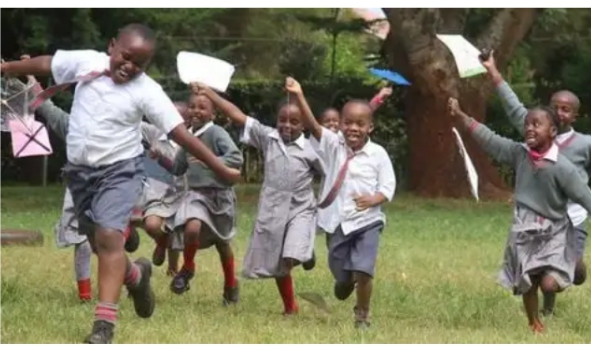 The Competency-Based Curriculum has sparked so many reactions among Kenyans ever since its introduction. Debates all over the media on the design, teachers’ readiness, parental involvement and adequate availability of learning resources.

CBC was developed at the Kenya Institute of Curriculum Development with the technical support of Peter Hall Jones, a motivational speaker and a former british primary school teacher. This new curriculum was introduced for the sole purpose of liberating students from the traditional world of repetitive learning and cramming for high stakes examination such as the Kenya Certificate of Primary Education.

Its logical perspective is based on a concept developed by the European qualifications framework that stresses that student’s learning outcome should be based on their theoretical knowledge, practical and technical skills, social competencies and the ability to work with others.

In the case of European competency-based curricula, students are mainly driven to vocational and technical training as a way forward to avoid European Union’s members from having to depend too heavily on migrant occupational skilled workers from developing countries.

However, many countries in Sub-Saharan Africa has been on curriculum tourism in Europe and are currently implementing clones and hybrids of the European education systems. This is mainly to improve the low learning levels and raising the learning outcome in schools.

A good example is Kenya’s new curriculum, which was borrowed heavily from the education systems of Finland, the Netherlands, Germany, South Korea, and Switzerland by its developers.

Although the ‘Basic Education Curriculum Framework,’ the blue-print of Kenya’s competency-based curriculum, shows how those European education systems have succeeded in attracting many students to technical training, the document does not point out on inputs those countries might have invested in terms of learning resources, teacher development, and alignment of other education challenges.

The problem is that implementing a major curriculum change in any country is quite as hard as it proved in 1985 when the 8-4-4 system with an over-loaded practical curriculum at the primary level, was introduced by the government.

Later in 1992, the practical aspects were eventually dropped since they had lost their intended goals due to inadequate teachers in practical subjects and insufficient resources.

Even though there is no problem with borrowing from other educational systems globally, there is no evidence that Kenya’s curriculum developers, took in to consideration the capacity of teachers training and their preparedness to transition in to a new curriculum, the reality of classrooms and other learning spaces in schools in the country, as well as the availability of learning materials.

This proves the fact that reorienting a major curriculum in any country is indeed quite hard.

Without a doubt, most of the concerns that are being raised by the parents today are similar to those raised in the 1980s at the height of implementation of the 8-4-4 system.

It appears that most parents have no idea as to how the competency-based curriculum will help their children. Many are torn in between whether the curriculum is meant to increase active learning and creative thinking, or it is merely meant to gang-press learners in to vocational training.

In fact, there is a number that believes that CBC is a calculated plot to bring back the discredited rag-tag practical training of the 8-4-4 at different levels of education.

As much as the ministry of education is pushing for the second phase of implementation of the new curriculum, the learning environment in Kenya will not change dramatically for the better, considering the stumbling blocks related to unskilled and unmotivated teachers, poor classrooms, and school management styles, political challenges and limited learning resources.

Without proper planning, financial support, and sustained political will, the paradigm shift of learning practices are likely to become a disappointment as has happened severally in Africa, despite any goodwill that might be on the part of Kenyan government.

The Tanzanian president Julius Nyerere had tried it way back in 1967, when he came up with a post-colonial proposal of education for self-reliance in Africa whose philosophical viewpoint was based on sharing of resources and service to humanity.

Although this was the first bold attempt to decolonize African education, nothing came out of it, probably because it had anti-western capitalist agenda.

But more recently, in 2010, South Africa had to quit the outcome-Based Education Curriculum, as it failed to improve student learning outcomes and was difficult for teachers to implement.

“Secondary education in Africa: Curriculum Reform, Assessment and National Qualifications Frameworks”, this is according to a background study that was carried out by educational researchers at the South Africa’s university of Witwatersrand, in the last two decades, several African countries have adopted competency-based curricula with little to show for it.

Researchers also stated that, “While there have been few rigorously designed evaluations of system-wide competency-based curriculum reforms in Sub-Sharan Africa, the accumulation of evidence from a variety of sources suggest that most of these initiatives have been less than successful.”

However, their findings are not so new as in 2013, Professor Roger Francois Gauthier, a leading expert on education in former French colonies in Africa, in his review of competency-based curriculum reforms in five countries had made it clear that the approach did not improve learning outcomes.

The researchers accredited the shortcomings of the competency based curricula that are being tested in Africa, to a mix of barriers that include inadequate educational materials, lack of teacher competence in practical subjects, large class sizes, and unprepared learners.

Kwame Akyeamong, a professor of international education at Open University in Britain stated without increased educational resourcing and improved teacher development, on the issue CBC in Ghana, the curriculum was likely to have much impact on students and their transition to the labor market.

What is emerging is that there are no quick fixes towards improving learning outcomes in matters of acquiring theoretical knowledge or practical skills, whether by sticking to the old curriculum approaches, some of which were inherited from colonial regimes, or drawing new ones or by borrowing learning patterns that are developed in other countries with specific targets and agenda.

For example, education officials in African countries who had been recommending ready-made learning suites fabricated elsewhere, they should be asking themselves as to who they want them for and whether their countries have the sufficient resources and manpower capacity to implement those approaches.

The government has revealed plans to put up more than 10,000 classrooms ahead of ahead of transition of learners from primary to junior secondary...
Read more
Education News

The Higher Education Students’ Loans Board (HELB) has recently released the first batch of names that will receive their student loans next week. 37,...
Read more
Education News

KNEC shuts Down 162 Examination Centers in the Country

The Kenya National Examination Council had earlier given a directive for schools with fewer than 40 registered candidates to be scrapped off the list...
Read more
Education News